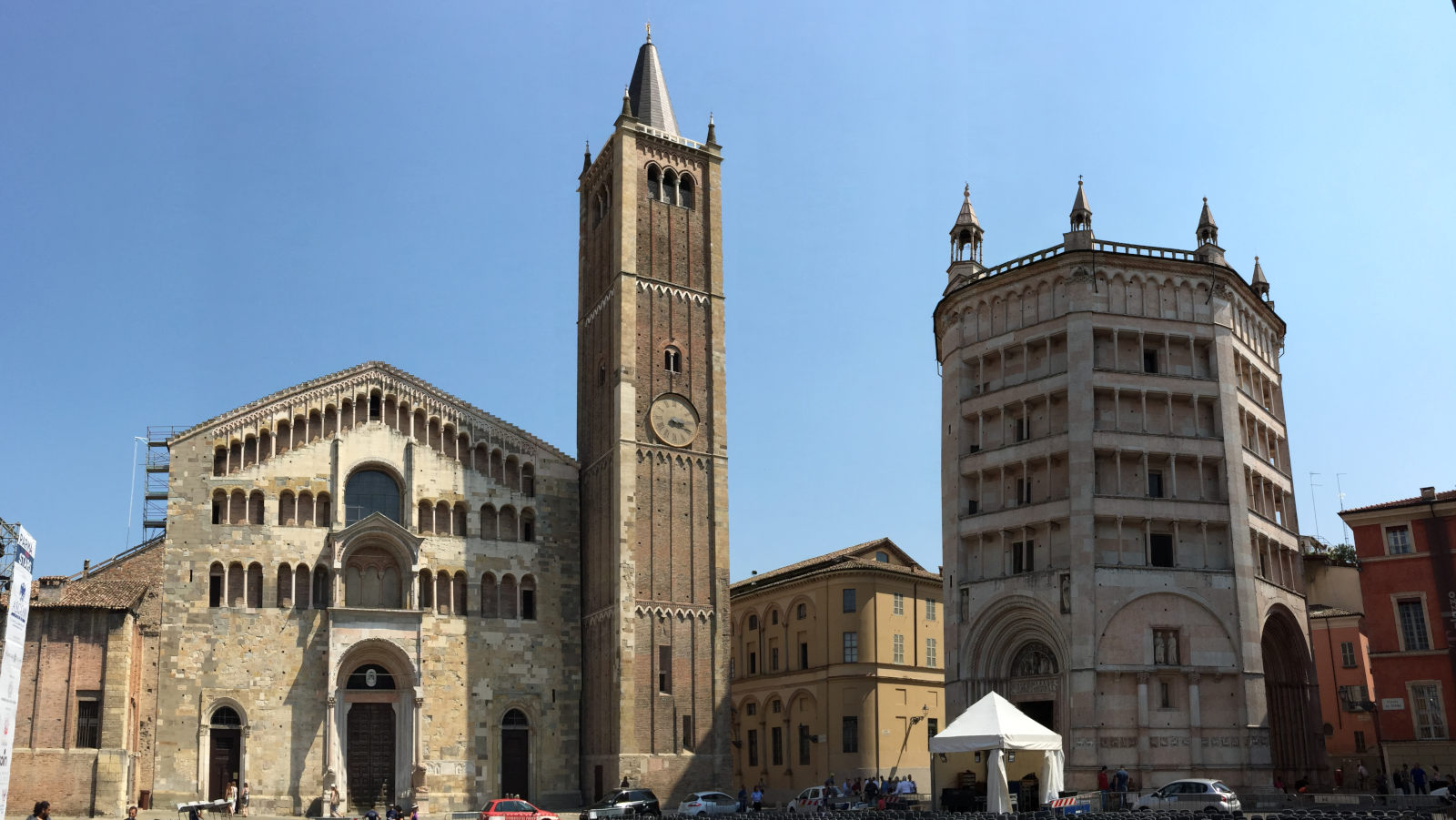 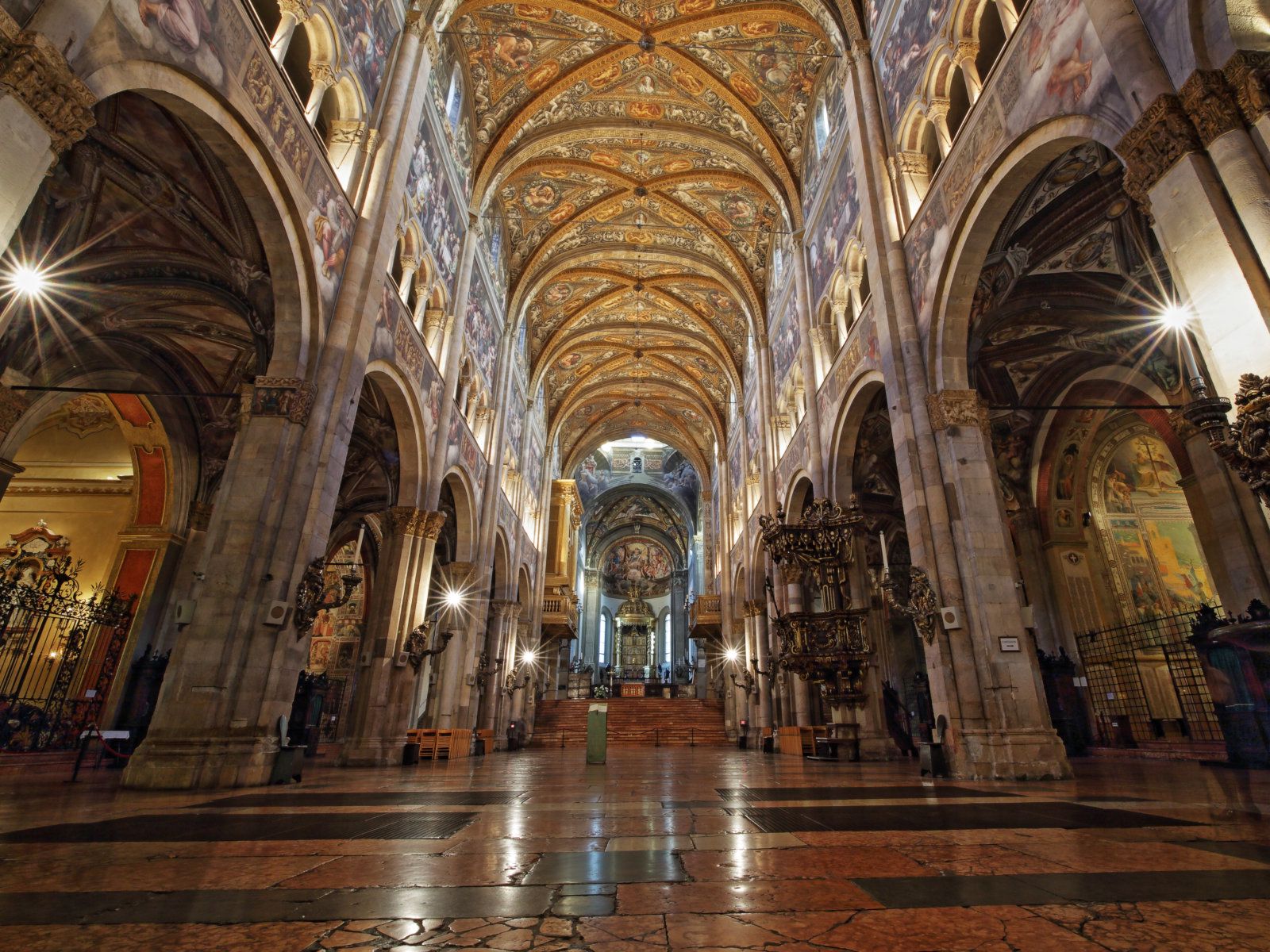 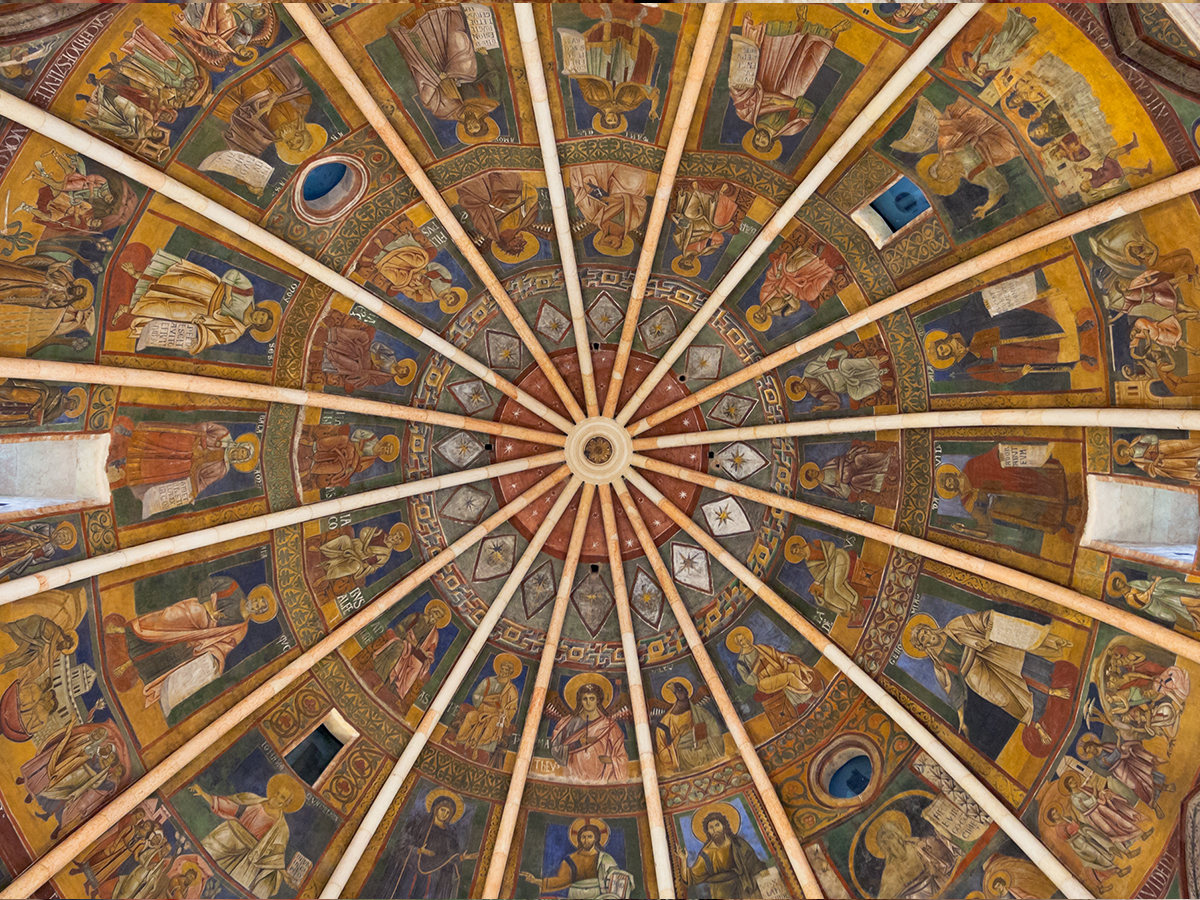 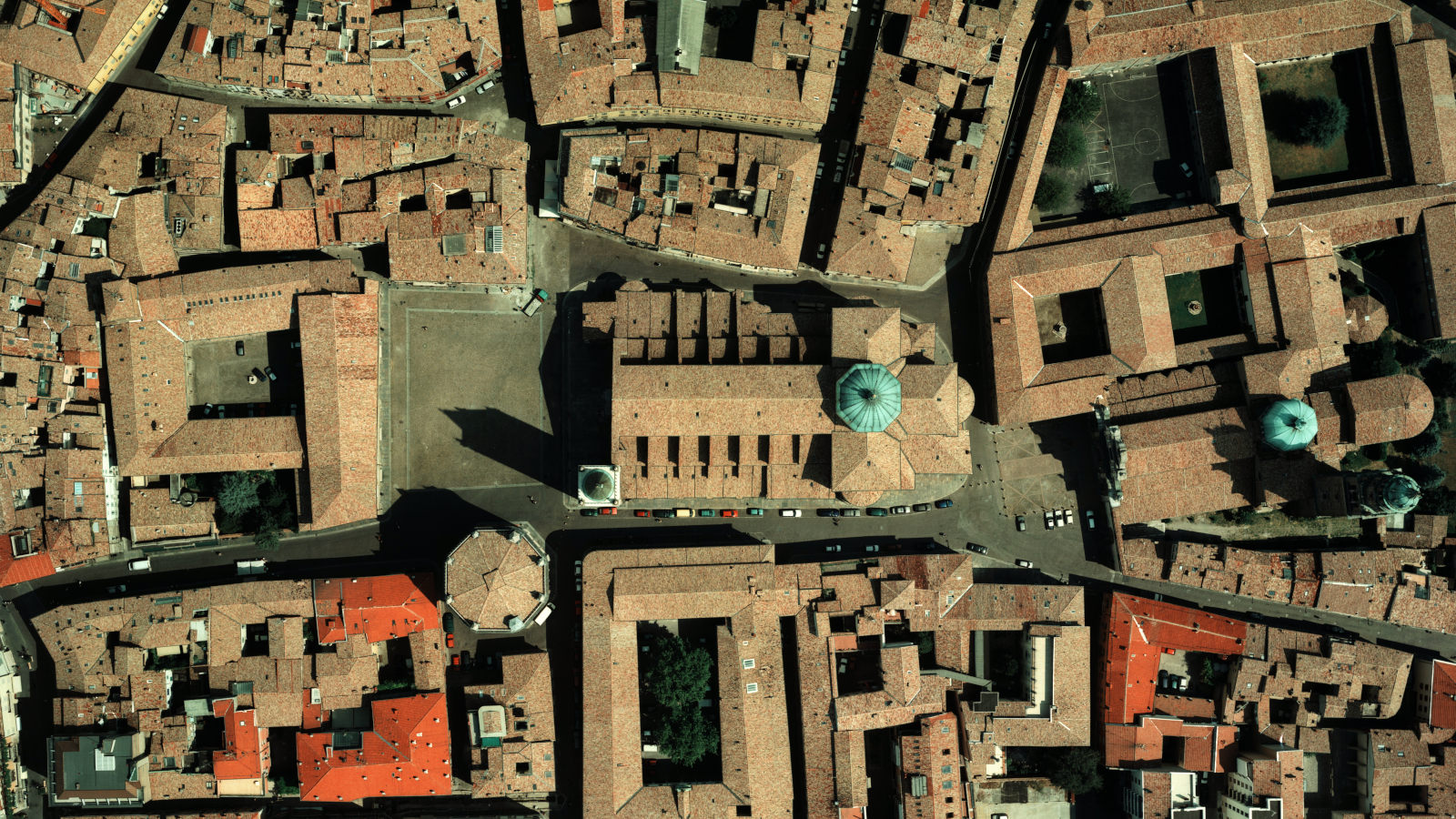 The itinerary concerns all the symbolic places of Parma, a little capital, a box of Italian art masterpieces from Middle Ages to the Baroque period.  A journey in the time, from the streets of the medieval village to the squares of the small capital of a Duchy.

From Garibaldi square to Dome square

The medieval itinerary continues in the Cathedral Square, where there is the bishop’s palace, the Romanesque-Gothic façade of the cathedral and the precious octagonal baptistery of Benedetto Antelami. Instead inside the cathedral we can admire two works of different epochs: the Romanesque, embellished by the beautiful sculpture “Deposition” of Benedetto Antelami and the Renaissance decorations which culminate with the magnificent Cupola frescoed by Antonio Allegri, known as Correggio.

The churches of Saint John and Santa Maria della Steccata

Behind the Cathedral there is the church of Saint John the Evangelist, part of a Benedictine Monastery, which dates back to the eleventh century. Here in 1520 Correggio frescoed his first cupola showing his talent with one of the most original illusionistic experiments of sixteenth century. The history tour continues along the old Roman road until the Basilica della Steccata. The beautiful sixteenth century church has got an authentic masterpiece on one of the arches: the fresco “ The wise virgins and the foolish virgins”  which represents the peak of the painting of Francesco Mazzola, known as Parmigianino.

From the Regio theatre to the Ducal Palace

After a short break of lunch, we will reach the sixteenth century Pilotta Palace, the main museum pole of the town. Inside it, besides the Archaeological Museum and the National Gallery, there is the Palatine library and the magnificent Farnese Theatre, a wooden building realised thanks to the will of the Duke Ranuccio Farnesi at the beginning of the seventeenth century based on Gian Battista Aleotti’s project. Not so far from Pilotta Palace, there is the Regio Theatre, wanted by the Duchess Maria Luigia in 1821, one of the most important opera theatres in Italy.

Once crossed Parma stream, our journey in the history will finish in the shade of the ancient trees of the Ducal Park, the old place attended by the dukes; the present shape is given by Petitot.